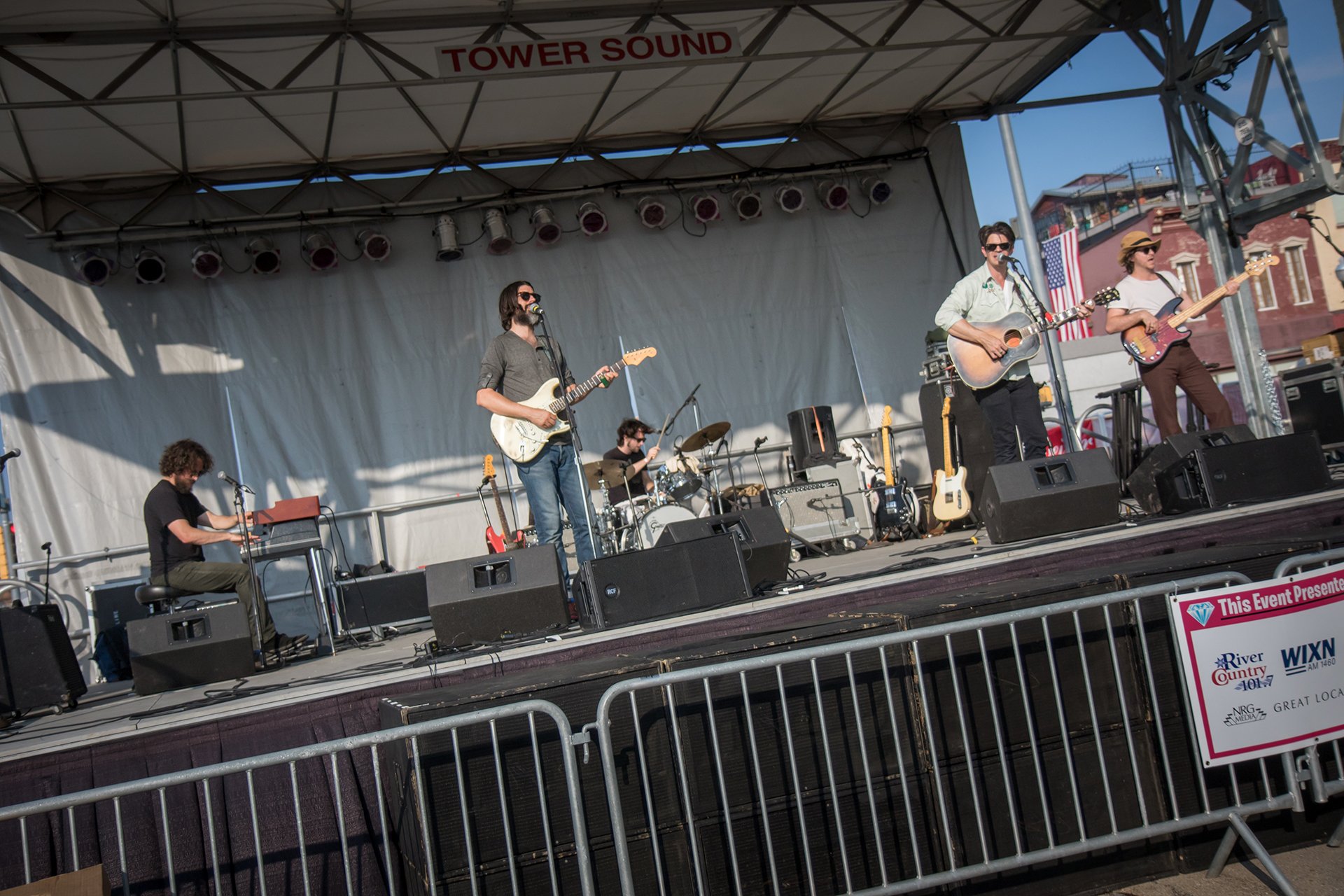 We were on the road somewhere in New England in early 2017, when the topic of conversation drifted toward the troubled social climate in the country. We all shared a sadness that bordered on despair at the relentless stream of unsettling news of corruption, social injustice, and an overall lack of moral decency.  We related similar experiences with how divisiveness was affecting those around us, how families were being torn apart over political and social issues. Eventually the weight of it all left us feeling quite solemn and the conversation trailed off — we returned to our thoughts and personal reflection as we rolled up the interstate. After a long period of silence, we felt like we needed to lighten the mood, and nothing heals the soul quite like music…

Trevor went to an obscure and out-of-print Ray Charles album that he had ripped from vinyl to mp3 to listen to on the road, A Message From The People…how appropriate.  Some of us were vaguely familiar with the context of this record — that it was released in the early 70’s (April ’72) during a time of great social upheaval in America. Nixon, Vietnam, race riots, protests in almost every major city…the country had fallen on some hard times.  Just by glancing at the LP’s artwork it’s easy to deduce that Ray had a message in mind when he made this record. The cover is a painting of Ray in a reflective pose next to a group of children with different ethnicities. They all sit beneath a Mt. Rushmore-like image with the faces of Bobby Kennedy, Abe Lincoln, Martin Luther King, Jr. and JFK.  With the first notes of the opening track “Lift Every Voice And Sing”, Ray had our undivided attention. Often referred to as the Black National Anthem, Ray’s genius is in full flight from the get-go, singing with incredible jubilation and hope, hitting us like a ton of bricks. It seemed like Ray had picked up where our conversation had trailed off just moments before…we were really LISTENING. The second track, “Seems Like I Gotta Do Wrong”, he sings with such a powerful sentiment of loneliness and helplessness — the plight of many in society who are forgotten or ignored. We remained silent, intently listening and reflecting on the meaning of every word he sang. Halfway through the record a couple of us were in tears. The messages in each song that Ray had carefully selected back in 1972 rang as true today as they did during the turbulent times they were initially released. In these moments, Ray’s voice became the voice of an elder — a true master was speaking to us from the past.  There is sorrow, protest, and anger but also resolve, hope, and deliverance.  On the final track of the record, Ray saved for us his most powerful message and the perfect coda; the definitive version of “America The Beautiful” is absolutely glorious.  It is quite simply the apotheosis of soul.  “America! God done shed his grace on thee! He crowned thy good, he told me he would, with brotherhood from sea to shining sea!”

Just like that, the masterpiece that is A Message From The People came to an end. Breaking the ensuing silence, Gordy turned around and said, “What if we covered this album? People really need to hear these songs again.”  The idea was hatched right then and there.

Fast forward almost a year later. In December 2017 we were working as a backing band on a variety of projects for other artists being produced by Gordy.  The sessions took place at the Finishing School, a studio built by close friend, producer, and musical collaborator, George Reiff, who tragically succumbed cancer in May ’17 after a 10-month fight. The studio had been dark since George’s passing.  With the blessing of the Reiff family, the lights were turned back on and we went to work for a few weeks. The final four days of session time were blocked off for us to work on something of our own. A few weeks prior to the sessions it was collectively decided that we would use that time to take a shot at recording some of A Message From The People. Working alongside our close friend (and George’s right-hand-man in the studio) Steve Christensen, there was a palpable vibration in the air. It was somber but also very peaceful. Our expectations were tempered, as we knew that doing any Ray Charles record justice was going to be a real challenge — let alone one with such lush arrangements. On top of that, we were working in a new bass player, Jesse Wilson. These sessions would be the first time we had worked with him in a studio environment (which can be a crucible for some). In spite of all that, the collective mentality, while unspoken, seemed to be “let’s give this a shot, this could be cool, there’s no pressure here.” To our amazement, after four days, we had finished the record. In between takes we frequently reminisced about George and were even visited at the studio by some of George’s close friends and family. Feeling confident that what we had accomplished was going to be worthy of a release, we unanimously agreed that it would be dedicated to the memory of George and that proceeds would go to a charitable organization that focused on social justice.

Going forward, our hope is that our performance of these songs has sufficient merit to carry the listener to the musical feeling that we strived to infuse in these recordings — a spirit of brotherhood, hope and understanding, liberty, and justice for all.